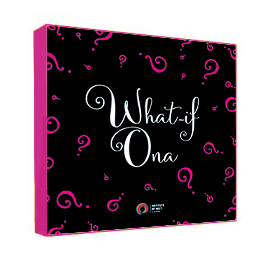 Posted at 10:16h in Co-branding, Marketing by Institute of Next 0 Comments

[text]When last September Google announced that their upcoming version of its Android mobile operating system would be called KitKat, licensing the name from Nestle, the news shocked not just technology journalists and analyst but marketing experts too. Google didn’t need the money, and it certainly had no problem with awareness. So why partner with a candy company at all?[/text]

[text]Reasons for the partnership explained by analysts responded to all kinds of speculations: Maybe Google wanted a more mainstream name because was looking to move beyond the smartphone and tablet market into smartwatches and gaming consoles, or it was also possible that Google might be alluding to even lower prices for handsets and tablets with a message of availability-for-all.[/text]
[text]The analysts were right about the money. In fact, there was no exchange of money involved. But, about the awareness… is it really possible for a brand to have too much of that? [/text]

[text]The deal involved Nestle shipping more than 50 million Android-branded Kit Kats across 19 countries in which many consumers know what a KitKat bar is and generally have positive associations with that name. On the other hand, the deal supposed for Nestle an important  step forward on their strategy in the digital realm. With 80 million followers of Facebook, Nestlé tries to scale community management to respond to consumer expectation of engagement.  The Kit Kat Android partnership, for example, generated more than 1.3 billion Twitter impressions and two million views on YouTube within 72 hours.[/text]

[text]But besides the obvious marketing coup for both Google and the Swiss food and beverage maker (you are likely to feel a sudden craving for a Kit Kat when you finish reading this post), the “behind the scenes” story of this partnership shows how successful collaborations are usually more a question of chance and willing than a thoughtful and examined decision.[/text]

[text] John Lagerling, Android’s director of global partnerships, explained that Google chose to change the «K» release of Android to KitKat from Key Lime Pie in part because they realized that very few people actually know the taste of a Key lime pie. Besides, according to a Google spokesperson KitKats had long been Android engineering head Hiroshi Lockheimer’s favorite candy bar. «One of the snacks that we keep in our kitchen for late-night coding are KitKats. And someone said: ‘Hey, why don’t we call the release KitKat?[/text]

[text]»We decided within the hour to say let’s do it.» According to Lagerling, they made a «cold call» to the switchboard of Nestle’s UK advertising agency to propose the tie-up. The next day, the Swiss firm invited him to take part in a conference call. Nestle confirmed the deal just 24 hours later. Executives from the two firms met face to face at a secret event held at Mobile World Congress in Barcelona to finalise the details. [/text]

Sorry, the comment form is closed at this time.